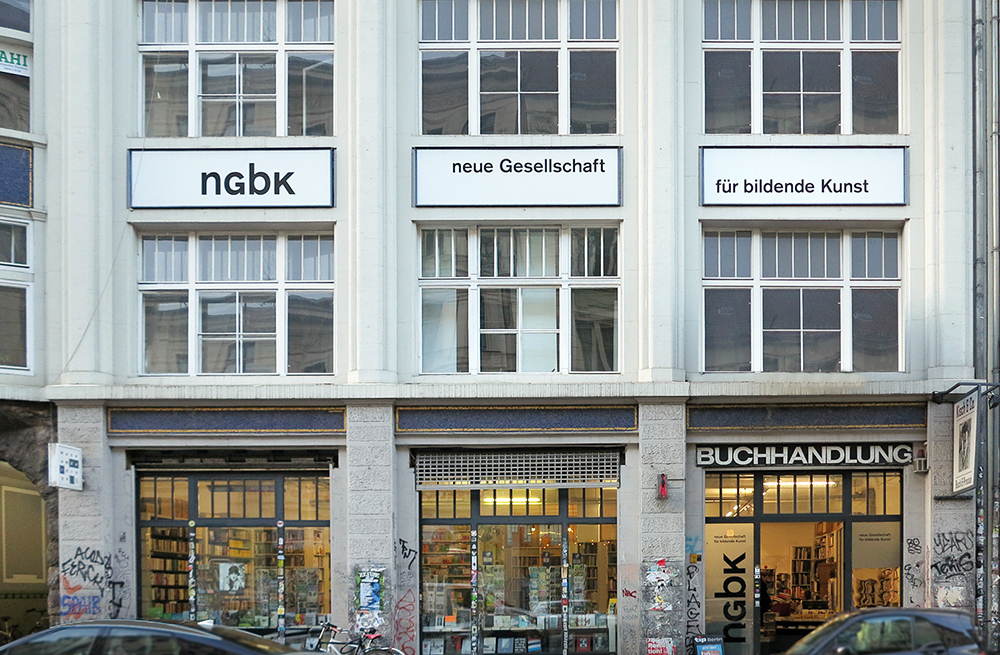 The lease agreement made 30 years ago for a 400 sqm exhibition space on the first floor expires on July 15, 2022, and this space will be handed over at the end of the lease agreement after 30 years of exhibition activity. For the 160 sqm office and event space on the 1st floor of Oranienstraße 25, however, a temporary solution has been found at short notice with Victoria Immo Properties V S.à r.l No 5, which has been the owner of the property since January 1, 2020: Since March 2020, there have been several unanswered requests to the owner via the property management for a contract extension to the time the nGbK moves into the new interim space at Karl-Liebknecht-Str. 13.

While the exhibition space in the Oranienstrasse courtyard will be handed over on schedule, the office and event space on the 1st floor can still be used until August 2023. Afterwards, the nGbK will move into the new temporary space at Alexanderplatz. From summer 2022, the exhibition program of the nGbK will take place in cooperation with and with the support of the Berlinische Galerie and the Kunstraum Kreuzberg/Bethanien, as well as at in the location station urbaner kulturen/nGbK Hellersdorf.

In the long term, the nGbK plans to move into a pavilion to be built by the Senate Department for Culture and Europe in Karl-Marx-Allee from 2027. However, due to the expiration of the current lease in Oranienstraße, there was an urgent need for space before then, so the nGbK will move into new temporary space in existing buildings owned by the state-owned housing association Berlin Mitte (WBM). An architectural competition was launched for this purpose at the end of 2021: the subject of the competition, which was won by the architects of Hütten & Paläste, is a design plan for the conversion and interior remodeling of an area of 710 sqm for use as exhibition, event, work, and office space in accordance with the nGbK's program of requirements.

The new ownership structure in Oranienstraße has shown, in the context of the struggles to extend the lease of the bookstore Kisch & Co, that there are no possibilities for political influence at either the senate or district level. In terms of cultural policy, it became clear that in the long term, cultural institutions can only be protected in state-owned real estate. Through a construct between WBM and the main tenant KulturRaum GmbH, a sustainable interim use model is being created in Karl-Liebknecht-Strasse 13: the flexible rental period and the reconfigurable space concept of the architects from Hütten & Paläste ensure the subsequent use of this space for future cultural institutions after the nGbK has moved out. Even more than a flexible rental structure, this variable space concept is of central importance in enabling the specific further development of an innovative artistic and curatorial practice.

The nGbK, which has been a state-funded institution of Berlin since July 1, 2022, had invited its members to the courtyard of Oranienstraße 25 in early June for a farewell - a farewell that had already begun with the dissolution of the house community through the eviction of the bookstore Kisch & Co last year. 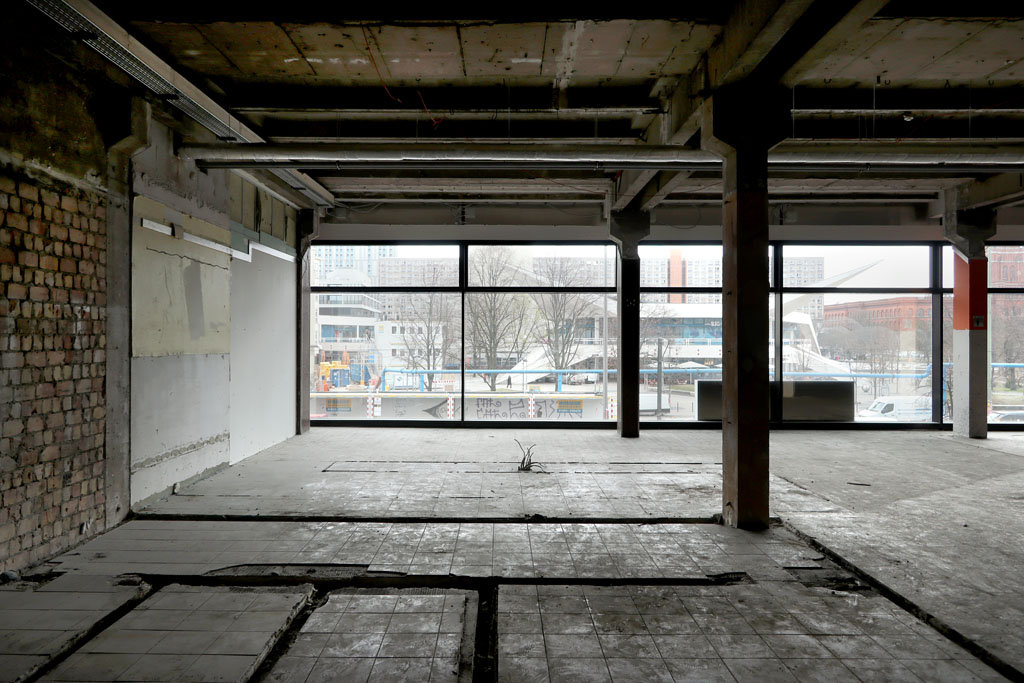