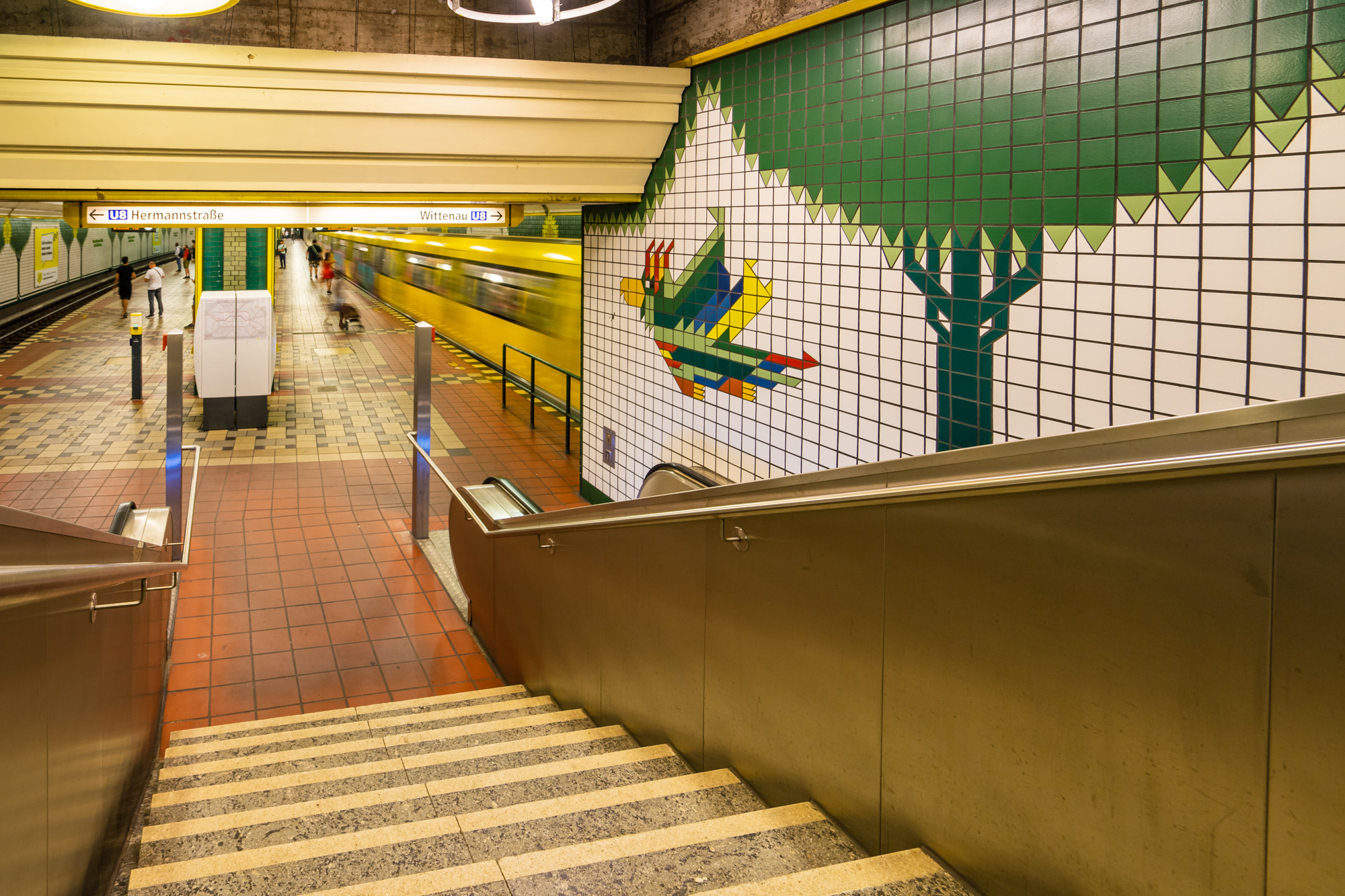 Much of what Berlin once stood for is under threat or has already vanished, surviving only in souvenir shops. Which values remain? Which urban spaces should be exempted from commercialization? The works by Florine Schüschke, Sasha Amaya, Juli Sikorska, Clara Brinkmann and Philine Puffer address the ongoing shifts in value taking place in the city, as interventions render visible real-estate speculation and the impact of climate change. The project extends along the U8 underground line, integrating the stations, surrounding biotopes, and the TV screens inside the trains themselves.

Financed by the Senate Department for Culture and Europe


Archive entry "KUNST IM UNTERGRUND -Art in the Underground- (since 1993)"