As of 2018, two scholarships will be granted annually to artists who live in Istanbul. The existing Istanbul stipend of the Senate Department for Culture and Europe was expanded to a true exchange, with a jury annually selecting two artists from Istanbul to be sent to Berlin and vice versa. The aim is to further enhance the relations between the partner cities of Berlin and Istanbul as well as the connections to the Turkish art scene. This is done with the conviction that international exchange and direct communication allow cultural diversity be experienced as an enrichment, inviting people to a change in perspective.
The scholarship takes place as part of a cooperation between the neue Gesellschaft für bildende Kunst (nGbK) and ZK/U (from 2018 to mid 2021), from June of 2021 on with Kunstraum Kreuzberg/Bethanien in Berlin, and DEPO in Istanbul. 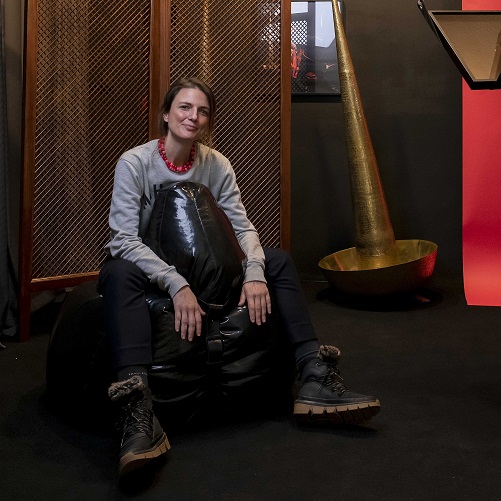 Through her artistic work, İz Öztat deals with marginalized aspects of the past, which have been concealed and denied up to the present, contrasting official narratives with the possibilities of fiction. Öztat fabricates the (auto-) biography of Zişan (1894-1970), who appears to her as a historical figure, a ghost, and an alter ego. She takes on Zişan’s archive and interprets it through her own practice to propose a complex temporality where a suppressed past haunts an increasingly authoritarian present. In Berlin, Öztat will continue the (auto-)biographical artist‘s novel Every Name in History is I and I is Other, focusing on the  chapter titled Dead Reckoning to Her Folds, in which sculptures of the female body become objects of queer desire and collective action in a narrative  that weaves together histories of resistance.

İz Öztat (b. 1981) studied visual arts  at Oberlin College in Ohio, USA, and at Sabancı University in Istanbul. Her works have been shown in numerous local and international exhibitions, including her solo exhibition Suspended, Pi Artworks Istanbul in 2019, as well as in the group exhibitions Rounded by Sleep, Arter, Istanbul (2022); Tamawuj, Sharjah Biennial 13 (2017); Land without Land, Heidelberger Kunstverein (2016) and Salt Water: A Theory on Thought Forms, 14th  Istanbul Biennial (2015). Zişan’s (b. 1894 – d. 1970) destiny is marked by an ambiguous belonging from the outset. Born from an affair between Nezihe Hanım, a teacher from an upper class Turkish family, and Dikran Bey, an Armenian photographer, she fled Istanbul with her father in 1915 to escape the Armenian Genocide. She then embarked on a lifelong journey through a vast geography and the guts of the 20th century as a heroine in camouflage, who permeated the canon of avant-garde art without being noticed. She did not identify as an artist and disseminated her work under pseudonyms throughout her life. Her imaginary archive contains texts, sketches, photographs, photo-collages, objects and ephemera. 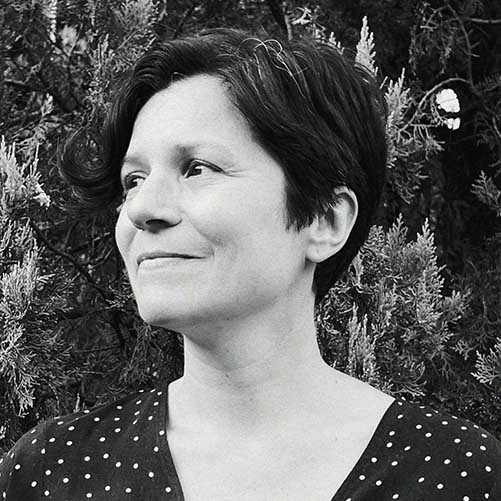 Özge Açıkkol works at the intersection of art, socio-spatial practices, literature, and social pedagogy. She is primarily interested in the city and how it reproduces itself through the micro-actions and interactions of its inhabitants. These micro-actions of reproducing the urban environment usually emerge from the survival tactics of citizens facing various levels of urban poverty. Her recent research is on new trajectories of art and activism relationship in the urban sphere. She will do a series of interviews with different actors, to produce new knowledge of the public space as commons, during her residency in Berlin.

Özge Açıkkol (b. 1976) studied fine arts and painting at Marmara University in Istanbul. Recently she participated in Reflections From The Women's Archives exhibition, Depo İstanbul, 2022 and she took part in BAK’s (basis voor actuele kunst) Fellowship for Situated Practice between September 2021 – June 2022. She participated in numerous collaborations and projects at home and abroad as a member of the artist collective Oda Projesi. In autumn 2022, the project ANA#3, in which the artists deal with motherhood, will be presented at the 17th Istanbul Biennial.

The stipend of the Senate Department for Culture and Europe is made possible in the frame of a cooperation between the neue Gesellschaft für bildende Kunst (nGbK) and the Kunstraum Kreuzberg/Bethanien in Berlin as well as DEPO in Istanbul.