Exhibition: Arne Schmitt. The idea of an active minority 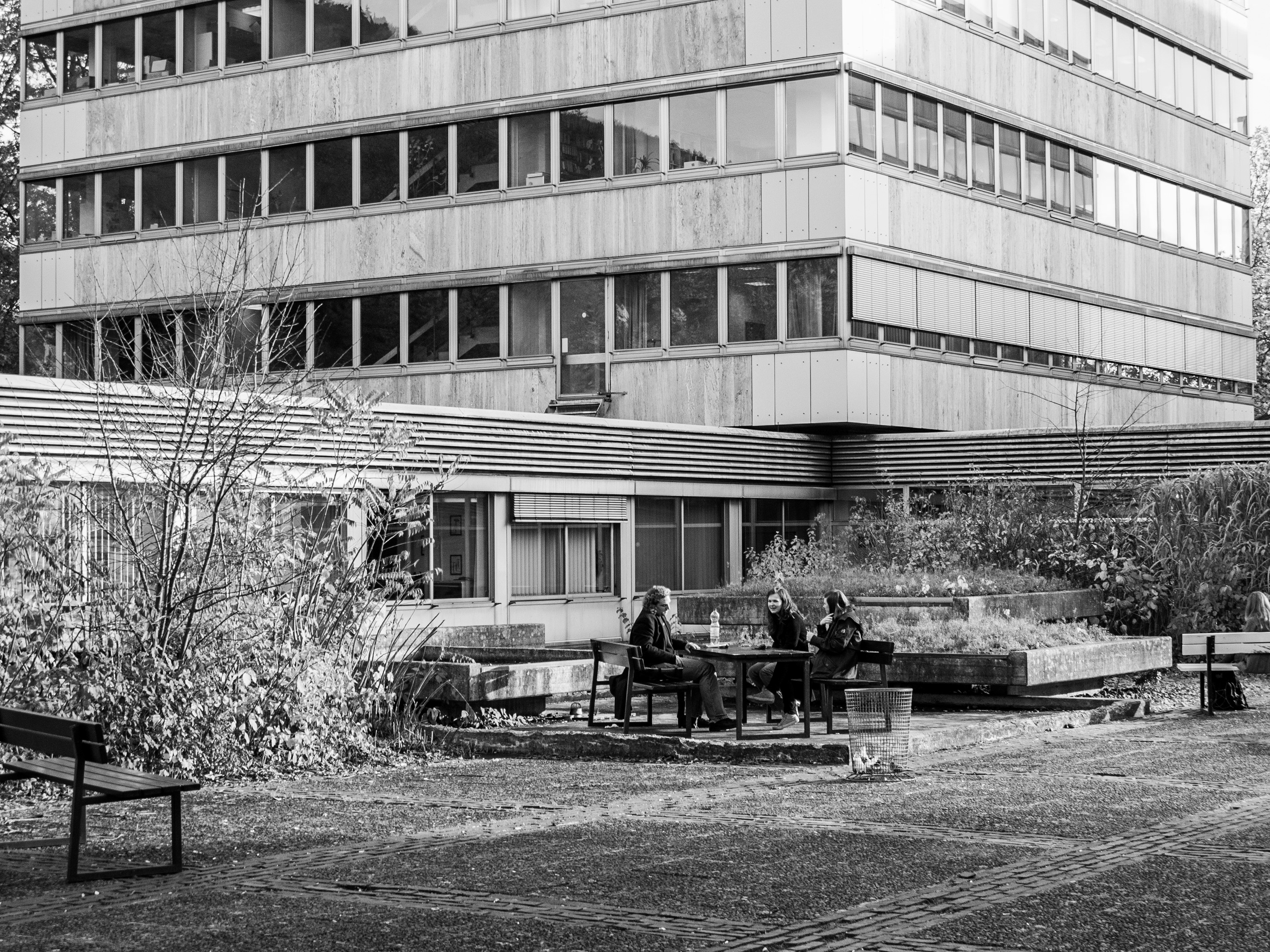 The artist Arne Schmitt, who works with photography and video, is mainly active in western Europe, where he studies what Benedikt Boucsein has called the »grey architectures«. His often black-and-white pictures are enlightened statements on a world of consumer zones, administrative units and educational landscapes. Appearing as obsolete models of post-war modernism, coupled with a city built for cars, they nonetheless come back to life again and again. Rather than celebrating the buildings and urban formations, Schmitt extracts from their roughness what the caring modernism of capitalist welfare states has left behind.

Schmitt’s memories, that reach right up to the present, portray a built and (in the videos) lived desire to create a better world. Partial failure is inscribed in the work, but hope is not entirely written off. As a well-read and fascinated observer, he roams through a built environment full of ideas and intentions that he captures with its people, cars, vegetation and signage. The video medium helps to make sense of its more sobering aspects. Schmitt’s archaeology of the recent past, as it has become set in stone, does not abandon the idea of an urban society. But: »The sale must go on.«

The idea of an active minority

»One is aware that, all in all, a minority is at work here. But that has always been the case. Except that this minority is effective, articulate. They are zealots. And the ideas they proclaim to the majority are not flights of fancy. And people listen.« Cees Nooteboom on May 68 in Paris

The open conflict fought out between students and the state in the stone centre of the European city, a conflict that intermittently activated large sections of the population, had its beginnings on the outskirts of Paris, on the modern university campus at Nanterre. In Bordeaux, too, the first student protests took place in the halls of residence on the extensive suburban university campus that had been built since the 1950s. In 1968, only the humanities were still in the city centre, becoming the headquarters of the student movement. After the end of the unrest, the responsible prefect called for the faculty to be relocated to the periphery as quickly as possible.

There is a wealth of links here between centralism and marginalisation, between urban planning and technocratic control of society. Active minorities often intervene from the margins – but the path to the centre must be taken if lasting change is to be achieved. The same applies for the more recently contested terrain that opens up between language, thought and action.

Students in Berlin-Hellersdorf publicly criticized a poem that had been applied to one of the façades of their university on the orders of its directors. The students demanded to be consulted, proceeding democratically through all of university’s administrative committees – and achieved change. A majority within politics and society, characterized above all by superior power, was so outraged by this as to call for an authoritarian intervention – often with reference to their own values as members of 1968 generation. Their complaint: the students were only speaking for a minority.

In the context of this debate, what does it mean that this outraged majority had hardly ever seen the façade in question close up, nor the part of Berlin where it stands? And how does the non-university neighbourhood see the façade - as its most frequent group of viewers?


Financed by the Senate Department for Culture and Europe