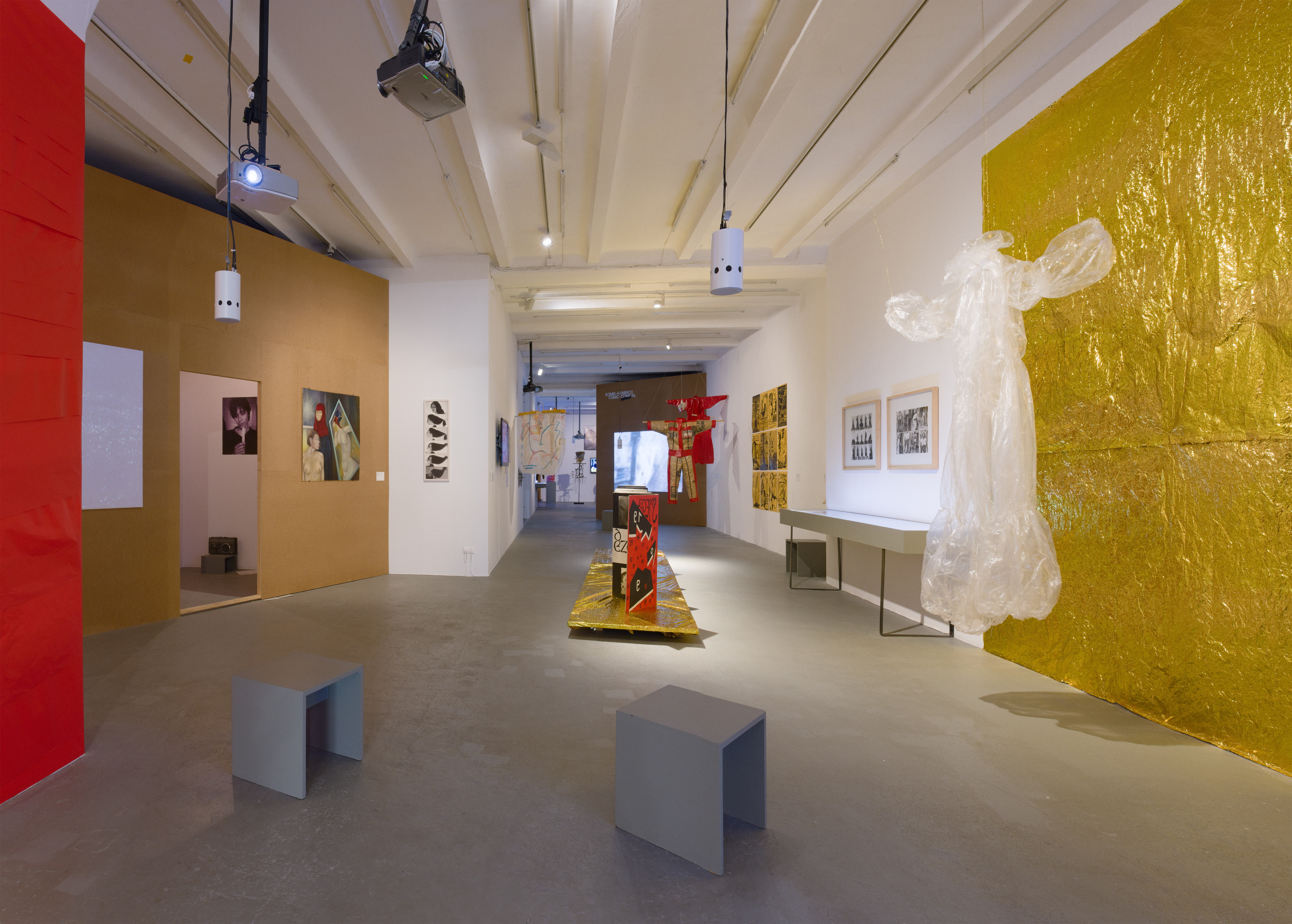 For the first time and comprehensively, the exhibition »Hosen haben Röcke an« (Engl.: Pants Wear Skirts) presents original materials and costumes from the archives of the actors of the Women Artists' Group calling themselves Künstlerinnengruppe Erfurt.
Founded in 1984 by Gabriele Stötzer, the Women Artists' Group pursued a radically creative lifestyle in contrast to the everyday routines of the GDR for ten years. New and unheard-of for East German standards, they positioned themselves decisively as a subversive collective using the means of art to create spaces for themselves that otherwise hardly existed within East German conditions. Their Super 8 films, photographs, performances, fashion object shows, manifestos, and sound experiments celebrate female self-empowerment, gender justice, artistic freedom as a universal human right, and radical social criticism. Even today, the solidary, creative and politically fearless artistic realization of their ideas, fears and desires is highly topical.

Characteristic for these Erfurt women was their refusal to leave the GDR - although at that time many actors from the cultural sector left for the Federal Republic of Germany due to the political repression of their artistic and personal freedom. But the ›genius loci Erfurt‹, especially its medieval history, offered creative and spiritual impulses to the Women Artist’s Group. Within this framework, the Protestant church in Thuringia, offered shelter for the subculture, including peace activism and punk movement and also provided the Women Artists' Group with further spaces for development. In this particular environment, the women artists played an outstanding pioneering role in terms of awareness of female identity, corporeality, and criticism of gender-based stereotypes.
These themes are particularly reflected in five experimental Super 8 films authored by the Women Artists’ Group, which also form the basic structure of the exhibition. In the films made from 1986 onwards and the subsequent live performances with literary and musical elements, the focus is on self-created and provocative costumes as ›alter egos‹ of the artists. Numerous models are presented in the exhibition, for the first time together with objects, photographs, archival material, and sound recordings from the artists' previously unresearched personal collections.

The Künstlerinnengruppe Erfurt remained active with personnel changes until 1994. On December 4, 1989, in a historic act of rebellion, five women, three of them protagonists of the artists' group, initiated the first occupation of a headqarter of the Stasi (the East German Secret Service) in the GDR. Such strategies of transcending art and the successful founding of the self-administered Kunsthaus Erfurt, which still functions today, mark the uniqueness this Women Artists’ Group.