Online: Reading circle and talk »Spiritualist Re-reading Session: Galeano, half a century« with Julia Mensch, with the book »Open Veins of Latin America« 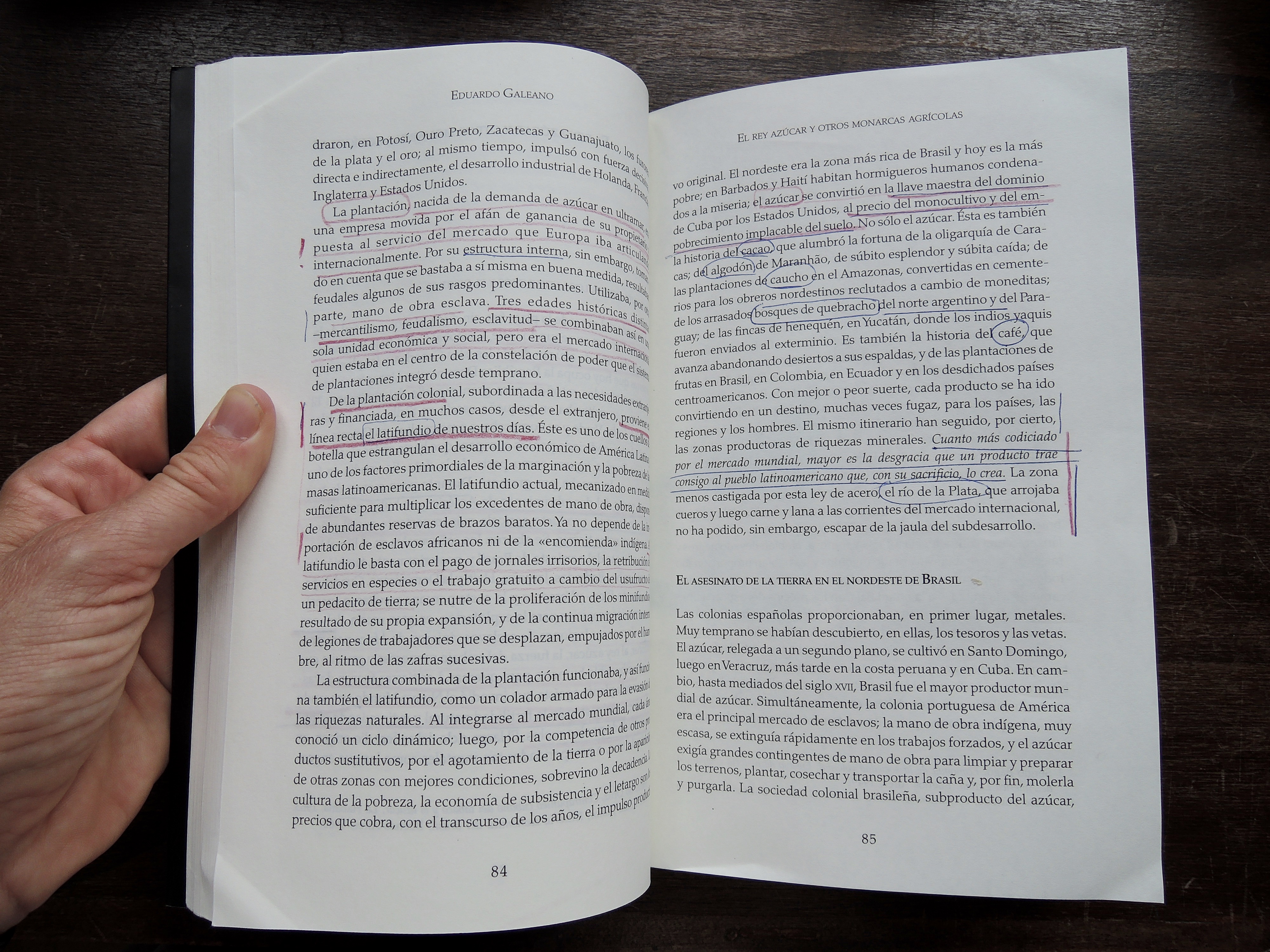 Please register at This email address is being protected from spambots. You need JavaScript enabled to view it.

The Open Veins of Latin America, published in 1971 by the Uruguayan writer Eduardo Galeano, is a chronicle of the constant plundering of the natural resources of the Latin American region since the Spanish Conquest by the colonial empires between the 16th and 19th centuries, and the imperialist states, such as the United Kingdom and the United States from the 19th century onwards.

Considered by many intellectuals as the Latin American Bible, this work was targeted by military dictatorships, costing Galeano imprisonment and exile. At the same time, it struck a chord with the critical youth sectors of the time in the context of the civil-military military coups that began in the 1960s and 1970s in almost all Latin American countries.

The Museo de la Democracia invites the Argentinean artist Julia Mensch (Buenos Aires, 1980) to take up the Open Veins that approach in a visionary and almost premonitory way current socio-political issues of the Latin American context, which Mensch investigates from her artistic practice and from her family biography, intertwined with the history of the communist party in Argentina.

The prevailing Neo-Extractivist model (fracking, mega-mining, GM monoculture) writes a new chapter in the colonial history of Latin America, a chapter that Galeano did not manage to write in Las venas abiertas. More than 500 years after the conquest of America, its territories continue to export Nature and the region continues to be a sacrifice zone of supposed capitalist development.

Further information on the program at www.museodelademocracia.net