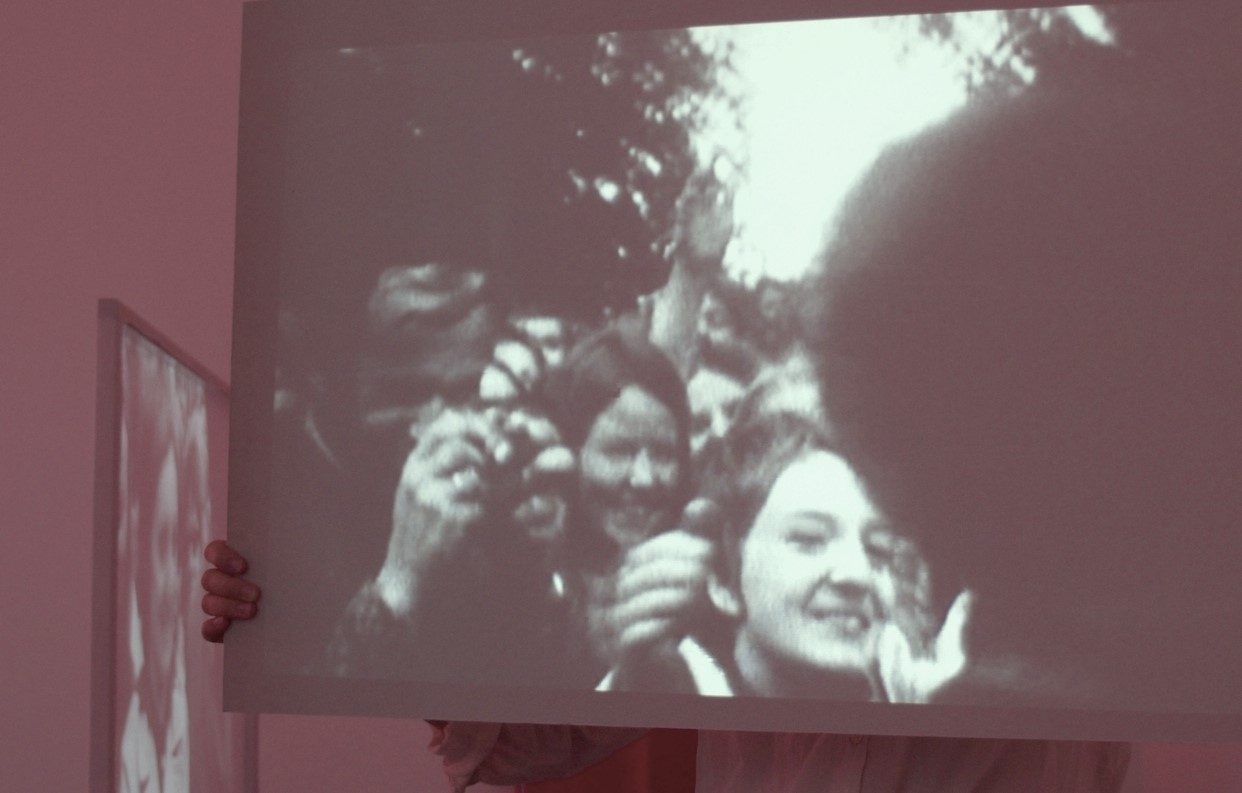 Akinbode Akinbiyi »Wanderer« & Emeka Okereke »I Wonder As I Wander«

The Halle-born artist Elske Rosenfeld‘s multimedia installation remembers the East German dissident Erika Bertold. She is famous for hugging Angela Davis during her visit to the GDR in 1972 after being released from a US prison. With this spontaneous gesture of ›International solidarity‹ against the state protocol, Bertold broke from the awkward cult of admiration surrounding the American activist: the GDR presented itself as an internationalist state with Angela Davis an integral part of its iconography, and yet everyday racism remained omnipresent in the country.

»I try to avoid imposing on other people’s personal space while taking pictures at the same time« says the Oxford-born photographer Akinbode Akinbiyi, who has been based in Berlin for decades. His work has been shown at important exhibitions such as the last documenta in Kassel and Athens, and at Gropius-Bau in Berlin. For station urbaner kulturen, he will take photographs while walking from the former Stalin-Allee (now Karl-Marx-Allee) to Hellersdorf with an analogue medium-format camera and relate them to the urban landscape of other cities in the world.