Series of events: X Properties – on the de-/financialization of the city 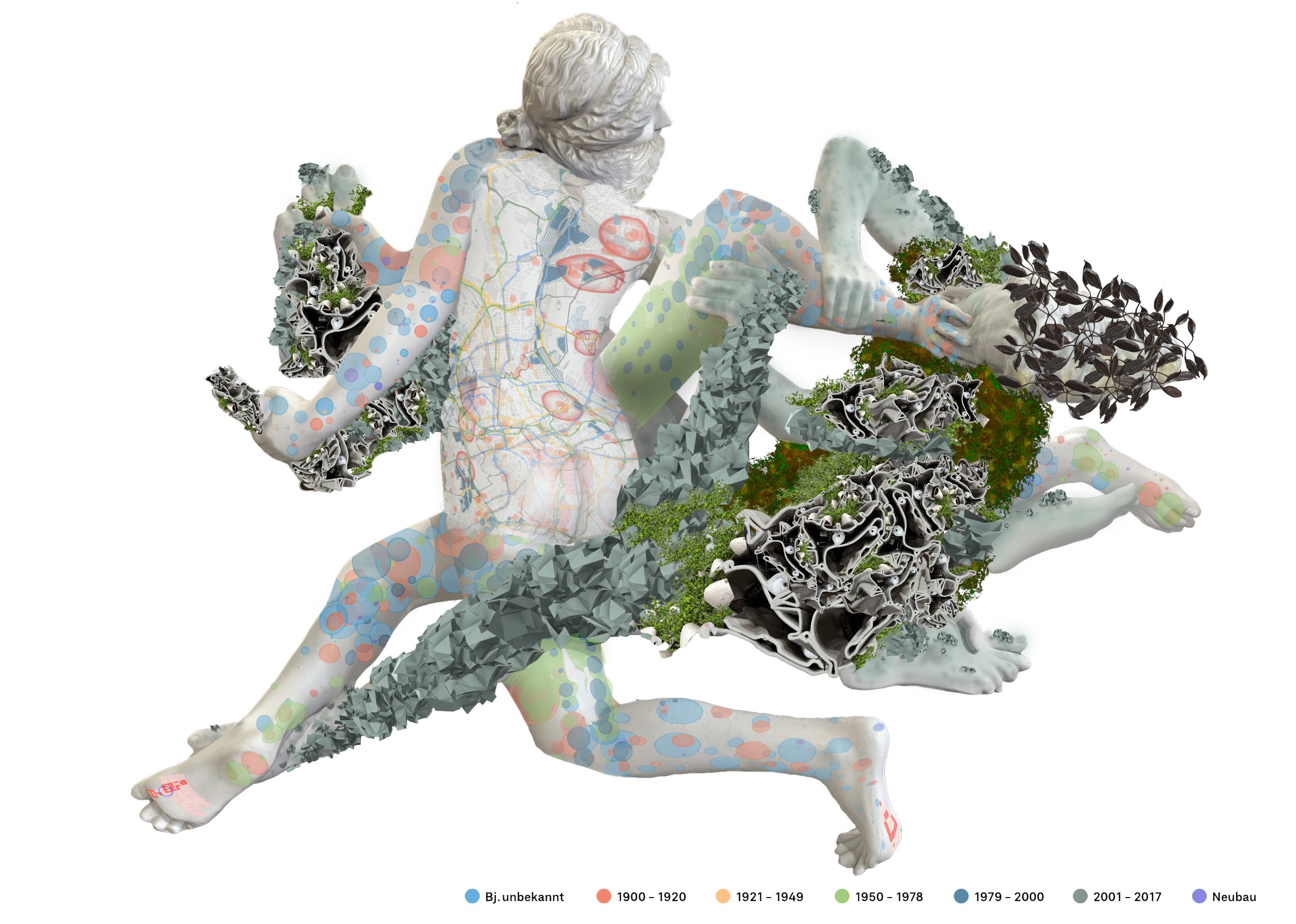 Berlin is changing. The gentrification and displacement caused by the city’s real-estate boom have long been an issue, with a broad-based tenants' movement now demanding the right to the city for all. But how do the new landlords – real estate groups, investment funds, and countless anonymous owners and offshore companies – gain access to the social good of accommodation? Who are the actual players behind the economic exploitation of urban space? And how can their actions be politically and societally restrained, controlled, and crossed?

The nGbK research project X Properties addresses the changes to urban space wrought by the financialization of Berlin’s real estate market, contrasting this increased presence of financial capital with a collectively developed vision of a desirable city. A practice of joint learning in workshops, guided tours, talks, and performances links research and the production of desires. This process is accompanied by the publication of an issue of the Berlin Journals—On the History and Present State of the City.

The research carried out by X Properties focusses on linkage of the financial and real-estate sectors, their impact on local neighborhoods, and the global transformation of urban space. Involving urbanists, activists, and artists, the project discusses the ways financial capital effects the social and cultural production of the city, its forms of relationsships and subjectivity, and looks at ways of realizing a de-financialized city to counter this impact. Based on the resulting insights, the group aims to develop forms of resistance to the abstract economization of urban life.

Following the sale by Berggruen Holdings of the building at Oranienstrasse 25 to the Luxemburg-based Victoria Immo Properties V S.à r.l., the nGbK itself is now effected by this dynamic. In the immediate vicinity, on Prinzenstrasse near Moritzplatz, a business park is being built to market Kreuzberg’s “creative flair” at high prices. Nearby is the Otto-Suhr-Siedlung, a social housing project that has been taken over by the real-estate group Vonovia SE following its acquisition of Deutsche Wohnen.

The new alliance between real estate and financial capital is evident in all of Berlin’s districts. At its root lies a transformation of the global economy: since the 1970s, the financial sector has taken over from production as the decisive economic force, as ever greater amounts of money circulate worldwide in search of lucrative investments. Cities have proved to be ideal locations for the spatial fixation of this capital: as well as being a safe option, investments in urban real estate also generate profit via direct exploitation and via specific real-estate-based financial products. Through political measures and these new products, small investors and those saving for old age also become players in the financial markets. When apartment blocks are nothing but an investment, conventional notions of the responsibilities associated with real-estate ownership no longer apply. Although a long established trend in many places around the world, this financialization of the real-estate market was late to arrive in Germany.

The structural violence resulting from the privatization of social housing, and the related rent increases for small businesses, tenants, and leisure spaces, ultimately leads to socioeconomic segregation and large-scale displacement. In this process, financialization appears as an inscrutable external factor – as a seemingly inevitable part of the system. This sense of being at the mercy of a development that can be neither grasped nor influenced is an obstacle to self-determination and the development of alternatives.

At the same time, debates and struggles are taking place around capital-driven displacement, most recently in the form of Deutsche Wohnen & Co. enteignen, a successful campaign to bring large privately-owned housing portfolios back under the control of Berlin’s municipal authorities. Many tenants’ initiatives focus on the identity and liabilities of new landlords. Due to a lack of transparency legislation, it is hard to identify the investors behind the real-estate investment trusts – those who drive and profit from excessive rents, delayed repairs, forced evictions, and speculative vacancies. And thus there is also a lack of strategies for preventing such one-sided value creation, for organizing campaigns of action, and for developing a city that offers acceptable quality of life for all.

In the issue of the Berlin Journals—On the History and Present State of the City edited by the members of the X Properties project group, global perspectives on urban transformation in Brazil and Britain are brought together with cases studies of financialization from various Berlin contexts.

The program of accompanying events features performances in public space. knowbotiq mirrors infrastructural impacts on extended physicality in a financialized urban environment, in which Pablo Torres intervenes with sound traces. On a five-part banner, coop disco outlines visions of a diverse focus on the common good. Ines Schaber and Kathrin Wildner explore an area in Berlin’s Wedding district where five apartment blocks belong to Albert Immo Properties, a company linked to Victoria Immo Properties V, the new owner of Oranienstrasse 25; Ines Schaber and Kathrin Wildner observe, gather stories, and use two walks to discuss whether financialization is visible and which other signs of history, change, and resistance we can detect. A workshop with activist Lorena Jonas addresses the issues of land value and owner tracing, with further detail in a talk by geographer Susanne Heeg. In a radio feature, the activists and communicators Wouter Bernhardt, Jenny Goldberg, and Sandy Kaltenborn discuss languages, images, and utopias in the tenants’ movement and in city planning, while Louis Moreno, Alexis Hyman Wolff, Achim Lengerer, and Yves Mettler examine urban and social geographies of financialized urban development in London and Berlin's Europacity.